49. Philidor’s innovation
In his 1749 book, the Frenchman André Philidor introduced a quite new chess strategy. Such an innovation cannot come out of the blue, chess historians say, an earlier strategy must have exercised influence. Below about Philidor’s ideas, first about earlier strategies.

Earlier chess strategies
In Philidor’s time, many chess players followed the Italian strategy. Harold Murray [1913:86870]: the 18th c. Italians remain to the principles of their 16th c. leaders as Gioachino Greco, paying attention to the effective use of the major pieces as weapons of attack; they neglect the prospective value of the pawns. Greco claimed he had brilliant ideas, but they were possible only because of the attribution of weak moves to the defense, said Richard Eales [1985:111]. Joachim Petzold [1986:194]: the Italian strategy, with Greco as the captain, was to storm the enemy king by scarifying pieces. It was not done to refuse a sacrifice. The aim is to develop the major pieces as rapidly as possible [Murray 1913:824], but they ignored the importance of a strong pawn center, they failed to observe it was the center which affected the use of such development [Golombek 1976:118,121], nor did the Englishman Joseph Bertin in his 1735 book, “Noble game of Chess”. And Bertin did not lay stress upon the value of the pawn as a possible queen either [Murray 1913:847]. Petzold: A good player did hardly give attention to his pawns [1986:194].
On the contrary, the Spaniard Ruy Lopez in his 1561 book argued in favor of the pawn: the main strategy is to promote a pawn to queen. The formation of a strong center of pawns is advocated as the simplest initial step to achieve this, but a rigid application of this strategy easily results in slow and uninteresting games [Murray 1913:867].
In Philidor’s new strategy the pawn occupies the central stage. We might say he goes
further where Lopez stopped. 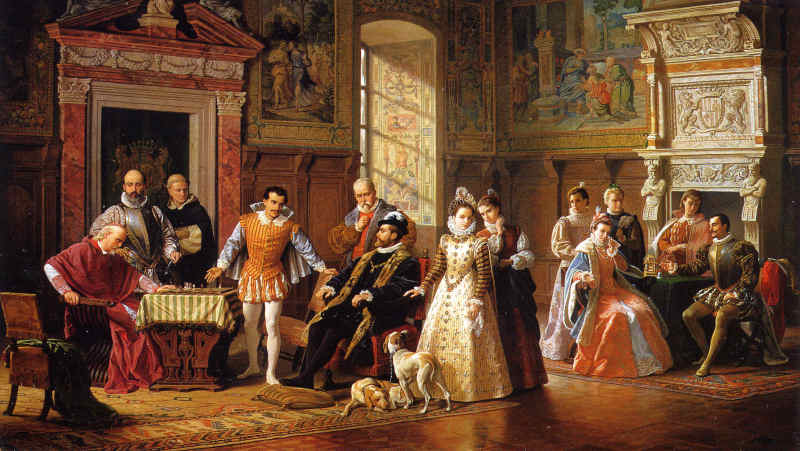 The new chess strategy
What was the central principle of Philidor’s strategy?
“Pawns are the soul of chess”, is this strategy in one short sentence. Murray [1913:866] and Eales [1985:121] quoted the young Frenchman from the English translation of 1750. “My chief Intention is to recommend myself to the Public, by a novelty no one has thought of, or perhaps ever understood well; I mean how to play the Pawns. They are the very life of this Game. They alone form the Attack and Defense, on their good Situation depends the Gain or loss of each Party”. Philidor put great emphasis on pawn play, said Eales [1985:115] earlier, he uses the pawns to control the center of the board.
Jacob Silberman & Wolfgang Unzicker [1977 I:52]: “The formation of a strong pawn center is essential. As Lucena taught, the center pawns should be supported by the bishop pawns”. Lucena is the Spaniard Luis de Lucena, who in 1496 of 1497 published the first manual after the reformation of chess (chapter 4).
Golombek [1976:121] quotes an observation by Philidor about a strong center: “None of the attacks of the adversary are dangerous because they do not break your center”, and then continues: “This a notion which present-day players can also bear in mind”. This sentence he could venture as he is a chess master [1976:9]. He concludes a game won by David Bronstein with black of Julio Kaplan in the Hastings Premier Tournament, 1975, and his entire book, with the words: “A game of which Philidor would have approved. Since I would like to leave the last word with him, the greatest of chess musicians, I quote: ‘Pawns are the soul of chess’” [1976:239].
Silbermann & Unzicker [1977 I:52] about the pawn center: “Unity makes the pawns strong; they have the strongest position if they are placed in one row. Isolated pawns can become weak; pawns which are left behind are offensive aims for the opponent”.
Alright, the chess player builds a strong pawn center. With which ultimate aim? Murray [1913:867]: “Everything is subordinated to the effort to conduct a pawn to queen”. And he adds: “The formation of a strong center of pawns is advocated as the simplest initial step towards this target”.

About draughts strategy
In 1770, Parisian Pierre Manoury gives the same advice as his fellow townsman twenty year earlier, and this is very remarkable: “Occupy the center and close your ranks if you are playing with someone of the same strength” [1770:107-8,116]. Ephraim van Emden from Amsterdam fifty years after Philidor 1749: Keep your position closed, so that your opponent cannot easily make a combination [1785:37]. Your pieces should cooperate, back up each other [1785:32].
And what is the final target of the formation? Manoury [1770:118], van Emden [1785:9]: to break through with one or more singletons and have them promoted to doubleton (king).
The strategy recommended by Manoury and van Emden is not their own invention, they described the practice of draughts players in their surroundings. 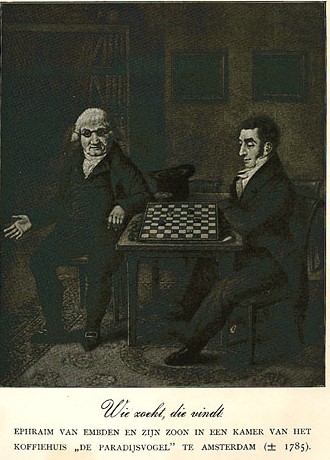 This is, it stands to reason, a classic example of a rhetorical question. The answer was already given in the 19th c. In his main work, Antonius van der Linde summarized it in eleven words: “Das Damespiel drang geistig mit Philidor selbst in’s Schachspiel ein”: with Philidor’s strategy, draughts penetrated into the soul of chess [1874 II:400].