45. Philidor in Holland
In the previous chapter I left François-André Danican Philidor behind in France. Paris lay at his feet because of the music he composed, chess playing Paris because of his playing strength: when he was only sixteen years old the great majority of the players could not win a game against him anymore. In this chapter he leaves to Holland, an adventure he nearly payed with his life. The history keeps silent about the way he manages to pass the southern parts of the Netherlands, in those years a war zone.
I tell a bit about this war, about the motive of a Parisian to visit Holland, about the English who had made camp in The Hague and who will play a part in his life, and about chess and draughts in the northern parts of the Netherlands. How good is the chance he will meet chess players? And do the Dutch know his draughts variety?

War with France
In the past, France and the Netherlands fought out many battles. I went to school in Holland, and there I have heard, it stands to reason, that France was a criminal aggressor which used to attack our innocent country without any reason. In the 1740s the hostile French king and his advisers had thought up a new story.
The conflict between France and the Netherlands was part of a greater European war, the Austrian Succession War (1740-1748), which had to do with the Austrian throne. I describe the background.
The previous Hapsburg King of Austria and Holy Roman Emperor, Charles VI, had sought to secure the line of succession for his daughter, Maria Theresa, in case he had no surviving male heirs. Many of the major European states agreed to recognize Maria Theresa as Queen of Austria and sovereign of all Hapsburg territories, but France, Spain, and several German states denied the ability of accession through the female line. Prussia and France made a secret alliance that aimed to exploit the situation and invade and claim Austrian possessions in central Europe for themselves. Fortunately for Austria, after France formally declared war on Austria in 1744, it gained de facto allies in Great Britain and Holland, who were already at war with France. Well then, this was the reason the mighty aggressor Louis occupied the southern Netherlands.
At the moment French troops had advanced to the southern border of Holland, England hastened to help our poor country: the English king George II (born in Germany, his father was a German Elector) sent troops to put a stop to the French. In the more northern city of The Hague there was a small garrison. I did not succeed in finding details, but the number of officers must have been restricted, the Dutch needed them at the front.

Philidor’s object
In December 1745, on September 7 he had celebrated his nineteenth birthday, Philidor departed to Holland in the company of the father of a thirteen-year-old girl, a child prodigy on the harpsichord. Her father, his name was Lanza, had arranged with the famous Italian violin virtuoso Francesco Geminiani (1687-1762) she should give twelve concerts in Holland. On the departure day the girl was sick. She stayed in Paris with her mother while her father and Philidor travelled to Holland. In Rotterdam a tragic message waited: the girl had died [Allen 1863:21].
This worked out wrong for Philidor: he had to return to Paris but was lacking the means. Cruel was life in those days for a destitute stranger. By which miracle the young man had not frozen to death on a dingy garret in a Dutch city, with an empty stomach, covered with lice and in stinking clothes which drooped in wide pleats form his macerate body? 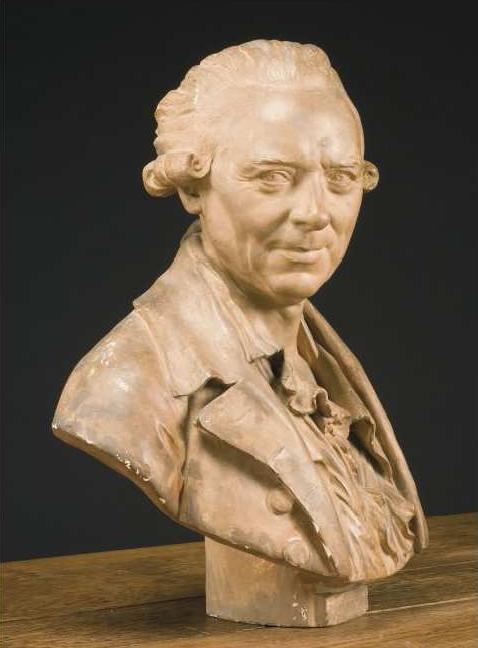 Chess in Holland
In the late 17th c., chess players in Paris ‒and in other French cities?‒ stepped into the limelight. This was the starting point of a French chess life, I argued in chapter 44. Formerly they played their game in private circles, but they oved their meeting to the coffee house, a public place. This transition from seclusion to publicity was a general European phenomenon, and did not involve chess players only.
The transition in Holland lay about a century behind the evolution in France. Between 1500 and 1700 chess was not unknown in Holland, that is the most positive remark I can make (chapter 38, chapter 40). In the 18th c. chess players, all townsmen, came a bit more to the fore. Compared with the draughts players their number was modest (chapter 42). They played their game under the influence from draughts, borrowing the words relating to the promotion from draughts players (chapter 41)
The inventories of Dutch coffee houses reveal the chess-draughts relation too. The chess board is only found in the most luxury houses an only in few numbers. Such a luxury coffee house was the Fransch Koffiehuis in Rotterdam, opened by the Fransman Jean Almary in 1730 just opposite the monumental Rotterdam Stock Exchange building. After his death in 1760 a notary drew up the books. In the ground-floor room he noted two chessboards with pieces and eleven draughtboards with pieces, in the upstairs room twelve draughtboards with pieces and one chessboard, but this was made of silver [Mourik & Stoep 2019:109].
In Philidor’s days, the climate in France was for chess players much better than in Holland.

Draughts in Holland
The first Dutch coffee house opened its doors in 1665. In the 18th c. this social lubricant came into vogue with the representatives of the highest social class [Wijsenbeek 1994:39,43], just as with other groups of better-off men as intellectuals, dignitaries and merchants [Wijsenbeek 1994:48-9].
Which were the games these people played? Much draughts and few chess.
The French Dutchman Pierre Marin in his dictionary from 1710: “Draughts is a noted game in the Dutch coffee houses”.
Man of letters Willem van Swaanenburg in 1725: in the coffee house draughts and tables are played, in the inn cards. He noted that tables is not played in the big room but in seclusion, in a closed room [Stoep 1997:66]. One year later, Willem was a productive writer, he made mention of three draughts varieties played in the coffee house, in addition to the usual one Spanish draughts and Frisian draughts. What did he mean by Spanish draughts? I have no idea. Frisian draughts, played on the 10×10 board, is, there cannot be any discussion about it, the most complex branch of draughts, with diagonal moves but with both diagonal and straight captures.
A notarial record from the early 18th c. gives us a glimpse at another game. On May 30, 1702, a certain Abraham Nehemia Cardozo had the notary record that he never played for big money in Amsterdam inns and coffee houses in the years 1678-1702. Cardozo: in the inn I played tables and cards, in the coffee house draughts and mancala [Stoep 1997:61]. Mancala seems to have been a generally played game in Amsterdam. In 1708 Hendrick Visjager became bankrupt; in his estate there were 11 mancala boards with a number of shells. Mancala is a game that was taken to Europe by (Dutch?) sailors after a far and undoubtedly severe voyage from Africa with a small vessel. See for the nature of this difficult game David Parlett [2018:207-23]. Influence from Africa on Europe, it is rare. 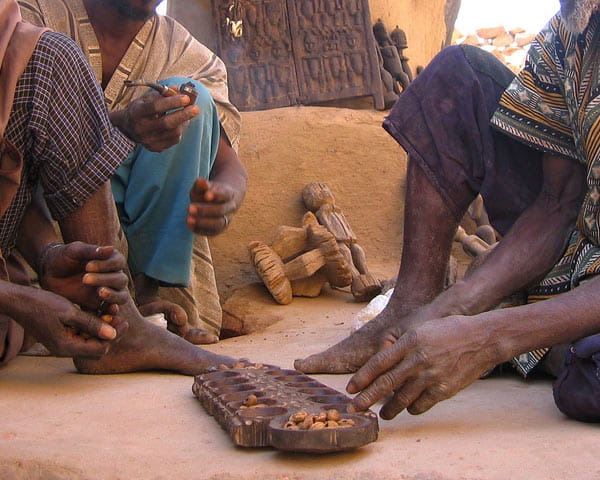 Philidor as a player of draughts
Could Philidor play draughts with a Dutchman? Certainly: between 1670 and 1690 the French made a switch from the medieval variety on 64 squares to the Dutch variety on 100 squares. Naturally some players hold on to the familiar old game, but Philidor was not one of them.
There are some indications that the 100 squares game reached England too. The English stubbornly held on to the medieval variety on 64 squares, that silly continental draughts got no chance. To this very day, with two notes. One: the only change since the 15th c. is the introduction of the obligation to take (20th c.). Two: draughts in England has almost been swiped out by chess. The winner takes all.
Basically, English draughts and the variety played by Philidor are the same. The rules do nevertheless so much differ that it would difficult for Philidor to play a game with the English rules. In Philidor’s variety the singleton can take backwards, in the English variety not. This had some influence on the formation of the troops: in the English game a singleton can more easily slide to the promotion row. I speak from my own experience.

Philidor’s situation
Above I sketched what Philidor found when he set foot on Dutch ground in December 1745, unable to go back to France and without means, a kind of prisoner. He could not survive by playing chess for a stake, for example a meal, there were hardly chess players.
What then? To challenge Dutch on the draughtboard meant the acceptation of death by starvation: he could play draughts but was before all a chess player, and we might expect he should lose most of his games.
In The Hague there were English army officers, but not many. And would not they refuse to lose money any longer after some defeats?
And yet and yet, he did not die. In the next chapter we’ll see why not.