54. Nobility
In chapter 53 I posed a question: intellectuals in bygones times, did they play draughts? Immediate cause was the finding of the English chess historian Richard Eales about the intellectual elite of France and England in the 18th c. Because of, among others, the books of the Frenchman François-André Danican Philidor intellectuals got interested in chess, he argued. The fact is, Philidor gave instructions how to play a game, and this had much appeal for intellectuals. The answer on my question was: yes, intellectuals played draughts, those intellectuals who played chess too. I readily leave a related question to chess historians: is it indeed true that intellectuals were going to play chess because chess became a game one could learn? I see a sociological reason: the rise of the coffee house.

Chess playing nobility
In this chapter I repeat the question with regard to the representatives of nobility. In 1777 Philidor published his second book. Apart from a sprinkling of intellectual celebrities the subscription list contained a great roll call of noblemen, for instance thirteen dukes [Eales 1985:117]. His compatriot Harold Murray saw a proof that the English nobility claimed chess as the game most typical of their order; in Murray’s eyes a representative of a noble family was hold to play chess [1913:863]. And this started just after the arrival of chess in the western culture about 1000 AD.

Draughts playing nobility
The English queen played chess, Murray said [1913:839]. This fits in the image. But he weakened his claim by adding she played draughts too. This raises doubts about the correctness of the claim. My doubt increases when I see to whom the two earliest English draughts books were dedicated, namely respectively to a count and a prince. Obviously, the writers know for sure their dedication was appreciated, that draughts was near the heart of the count and the prince too. 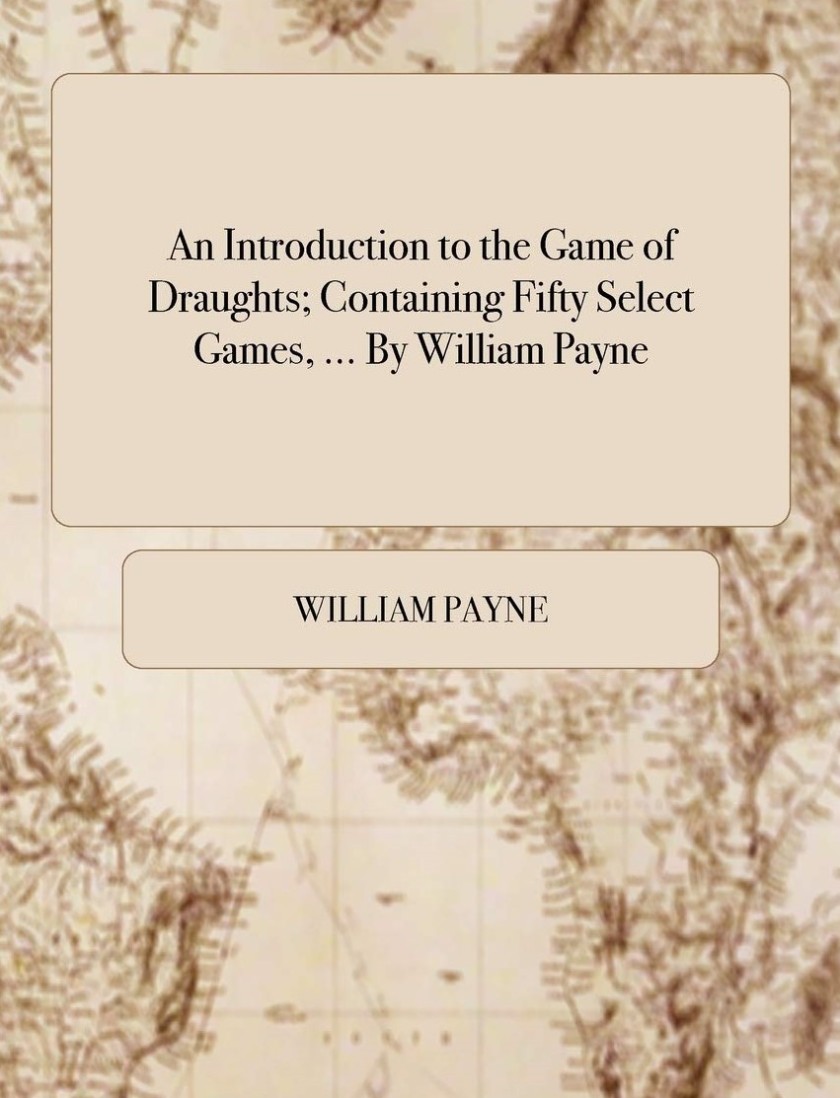 The first English draughts book was written by William Payne, title “An Introduction to the Game of Draughts”. Payne presented himself as a Teacher of Mathematics.
The Introduction and the Dedication in Payne’s book were written by Samuel Johnson (portrait below), a celebrated Londoner who was able to turn his hand to many things: he acted as a poet, essayist, moralist, literary critic, biographer, editor and lexicographer. So, an intellectual pur sang, and a player of draughts. He ‒or actually Payne, who signed the dedication‒ dedicated the book to “the right honourable William-Henry, Earl of Rochford, &c.” Johnson toadies by attributing many important qualities to the earl, qualities a player needs to play a good game of draughts. “It is the great characteristic of a wise man to see events in their causes, and ascertain contingencies, your Lordship will think nothing of a trifle by which the mind is inured to caution, foresight, and circumspection. The same skill, and often the same degree of skill, is exerted in great and little things, and your Lordship may sometimes exercise, at a harmless game, those abilities which have been so happily employed in the service of your country”. 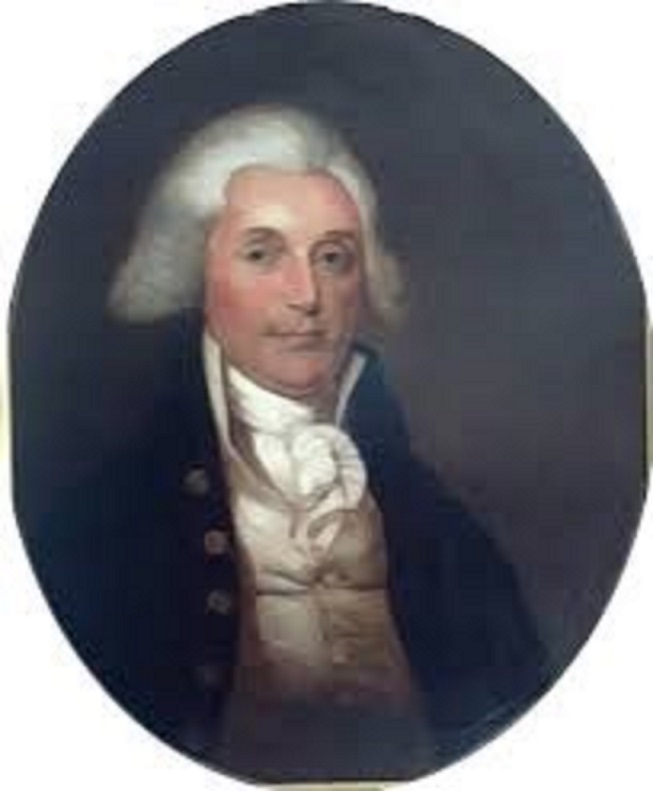 Who was this draughts playing Lordship? To emphasize the social position of draughts I give some details.
His full name was William Henry Nassau de Zuylestein, fourth Earl of Rochford (1717-1781). He was a courtier, diplomat and statesman of Anglo-Dutch descent. He occupied senior ambassadorial posts at Madrid and Paris, and served as Secretary of State. As a member of the advisory body of the king, His Majesty’s most honourable Privy Council, he advised king George III since the early 1770s in the field of foreign affairs. Only politicians could be a member.
He played key roles in all kinds of delicate negotiations with other countries when one of them was guilty of occupying other country’s territory or other undesirable behavior. He was mobilized when there were troubles with Spain when an English fleet had taken Manila, capital of the Philippines, colony of Spain, when France had taken Corsica, Italian territory, during the crises about the Falkland Islands, and he was asked to speak with Sweden after the Swedish revolution. Furthermore, he had a great responsibility concerning Irish affairs, whereas he was also involved in the American War of Independence.
France also liked to use his services: he held an important position at the court of king Louis XV.
An English decoration could not fail to come, of course: he received the most noble order of the Garter, an order of knighthood, in 1348 introduced by the English king to hold on to the mighty nobility. It was after the Victoria Cross and George Cross the third most prestigious honor in the United Kingdom.
Among his connections a Frenchman who in the 19th c. was described as an ardent draughts player, Pierre-Augustin Caron de Beaumarchais (chapter 53), and two other intellectuals: the famous actor David Garrick and the novelist Laurence Stern.

The writer of the second English draughts book, Joshua Sturges, appeals to a higher personality than his predecessor: he dedicated his “Guide to the Game of Draughts” (1800) to His Royal Highness- The Prince of Wales (in 1820 this prince would ascend the English throne as King George IV).
Eight years later Sturges published a second draughts book, “Critical situations in the Game of Draughts”, again dedicated to the Prince of Wales. “Sir”, he wrote from his residence, 6, Tottenham Court Road, “The extreme condescension with which you formerly permitted my Guide to the Game of Draughts to be dedicated to Your Royal Highness encourages me to hope for a similar protection to the following work”. And he concluded with this sentence: “I am Sir, with every sentiment of veneration, Your Royal Highness’s most obedient, most devoted and very humble servant. Joshua Sturges, March 21st 1808”.

Print numbers
A short attention to print numbers.
It is a pity we don’t know the numbers of Payne’s book, he worked without subscription. An indication he was convinced of sufficient interest, so that he ran little financial risk. Within one year a second print was needed, a proof of a considerable market. Especially the pirate editions ‒an edition of Payne’s work by someone else under his own name‒ are a proof of a great interest in books on draughts.
Sturges did not dare to take Payne’s risk and looked for subscribers; the book has a list with more than 400 names. Among them at least ten MP’s. For comparison: the book of the Amsterdam broker Ephraim van Emden counted 300 subscribers, but the Netherlands was a smaller country.
The figures for Philidor’s chess books: 1749 French edition 127 subscribers, 1777 French and English edition 280 ones, 1790 English edition 66 ones [Eales 1985:118].

Lady Hamilton
There is a striking person signing up for Sturges’ 1800 book: Lady Hamilton. Because of her relation with the famous Lord Nelson she in her time was not only celebrity but also one of the most talked-of and envied women of England. I would miss a chance not to pursue her and her lover.

She bought two copies. “One for herself and one for her lover”, joked English draughts players. Emma Hamilton and Horatio Nelson are two of the most famous names in the history of England.
Nelson, viscount, duke of Bronte, was admiral of the English fleet when England waged war against its arch-enemy France, where Napoleon Bonaparte had ascended the throne. He scored successes, England lied at his feet. The end of his life also fired the imagination: at the battle of Trafalgar in 1805 he inflicted a deciding defeat on the French-Spanish fleet, but he fell on board of his admiral’s ship. 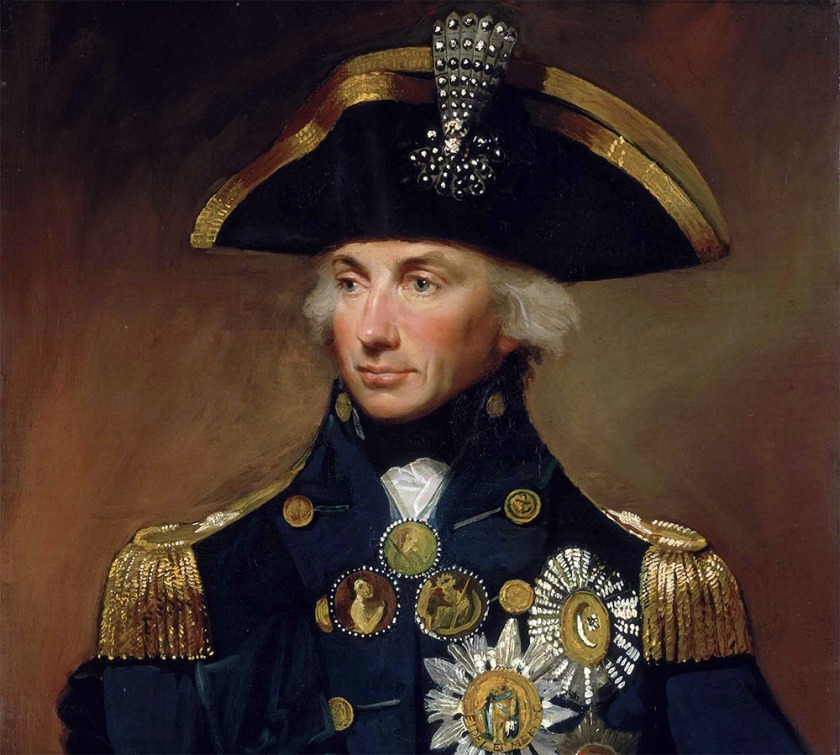 The life of his beloved Emma, the daughter of a blacksmith, went as tragic as his, with a social rise by way of a marriage with the much older Sir William Hamilton, English envoy in Naples, by whom she was brought into contact with European’s high society, as the royal family of Naples, her divorce, her stormy relation with Nelson and her decline after his death. Thanks to George Romney, one of England’s most famous painters, we know many portraits of her; he considered her his muse.