My name is Arie van der Stoep, and I live in the Netherlands. I studied Dutch literature and linguistics. One of the objects was Historical linguistics. “Elucidating the origin of a word is specialist work”, my teachers assured me. During their classes we students many a time screamed with laughter because of your bloomers when you make a quickie of your investigation into the etymon of a word. And more than once, the professor raised a warning finger: “If you want to explain the origin of a word, always seek the oldest form. If, for example, this oldest form is French, 14th c., bury yourself in the French history of that age as well as in the language of those days. If not, your etymology is no more than a shot in the dark”. 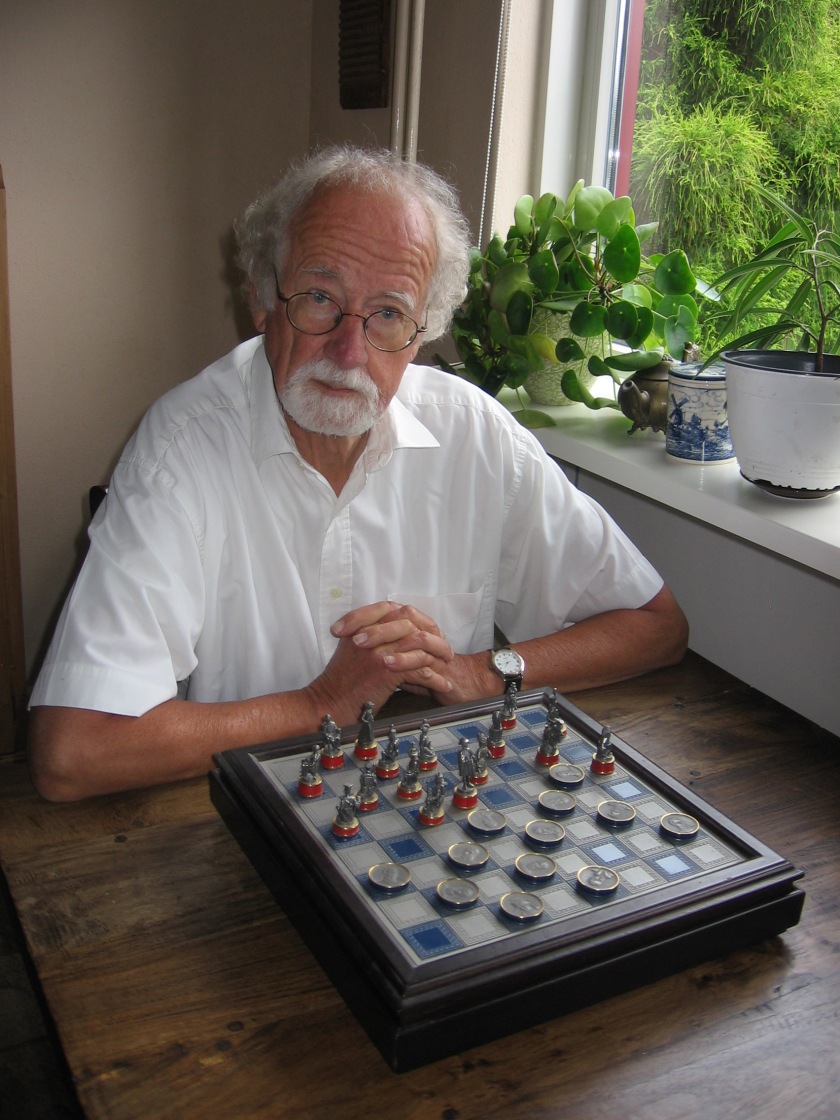 So, seeking the etymon of a word, for instance the etymon of the French game name (jeu de) dames, is work for a specialist. As neither Murray ‒nor Westerveld‒ was educated as a linguist, their arguments based on the language are the shots the dark my lecturers warned about. And because of that, their claim that draughts originates from chess is a shot in the dark too.
The aim of this site is to share the results of my historical linguistic research into draughts and chess in times past. My investigations started in 1975; from 1986 on as doctoral research under the wings of the University of Leyden (the Netherlands). In 1997 I defended my thesis entitled “Over de herkomst van het woord damspel” (about the origin of the French game name jeu de dames).
My study was purely linguistic. However, the results are useful to reveal the past, like Murray and Westerveld did using the language. This is the way I’ll build my site: I give the results of my study of a word, hoping to find leads to explain the world behind a word.